Christmas in Spain is full of tradition. As everyone's favourite time of year draws ever closer, check out four of the best Spanish Christmas traditions: 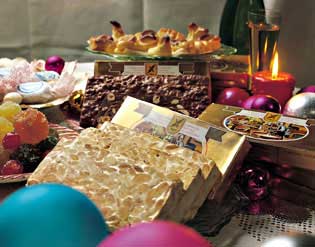 El Gordo – Meaning ‘The Fat One’, El Gordo is the Christmas Lottery and a fundamental part of the Christmas build-up in Spain. Pretty much everyone in Spain buys a ticket for El Gordo and families and friends gather around the television on 22nd December to see if they have won. The excitement in the air is tangible for one of Europe’s biggest lotteries.

Nochebuena – Christmas Eve in Spanish is Nochebuena, a time for families to come together to enjoy the most elaborate meal of the Christmas period. The basic rule of thumb is to eat ‘well’ and the meal will start late (around 10pm) and often run on until well after midnight. Although some Spaniards enjoy ‘pavo trufado de Navidad’ (Christmas Turkey stuffed with mushroom truffles), seafood and roasts such as lamb or suckling pig are also popular. The meal will have a number of courses starting with tapas or appetisers and will often include an abundance of Spanish meats, cheeses and pâtés. Dessert will almost always include turrón, a sweet nougat of Moorish origins made of toasted almonds and washed down with strong coffee or a small glass of Spanish brandy.

Although Father Christmas does pay a visit, he will probably leave one gift as the main presents are brought by the Three Kings on 6th January.

NocheVieja – News Year’s Eve in Spain is called NocheVieja and again families will often join together to enjoy another big feast. The cities and towns are decked with colour and Christmas decorations, creating a magical atmosphere. At midnight, families and friends will head to the streets to take part in the tradition of eating 12 grapes, one on each of the 12 chimes as the clock strikes midnight. Legend has it that a year of good luck and prosperity will be granted to those who manage to eat all the grapes before the last chime.

One of the most atmospheric places to enjoy New Year’s Eve is the Puerta del Sol plaza in Madrid. Thousands of people gather here to watch the clock strike midnight and the head to the many bars and nightclubs to celebrate the New Year into the early hours of the morning.

Los Reyes Magos – On 6th January, Spain celebrates the Feast of the Epiphany when the Three Kings arrived in Bethlehem. For Spanish children this is the most exciting day of the year when they wake up to find that Los Reyes Magos (the Three Kings/Wise Men) have left gifts for them. The Three Kings parade through the streets of cities, towns and villages handing out sweets and small gifts to children, accompanied by colourful floats and music. Alcoi in Alicante holds one of the most impressive parades and is known as the oldest in Spain.

For further information on Spain as a visitor destination, please visit www.spain.info or email Spain@wearelotus.co.uk.

#Christmas is an important time of year in #Spain full of tradition. So on the runup to the most wonderful time of year, check out some of the top #Spanish Christmas traditions happening this winter. Enjoy!
Newsroom >>