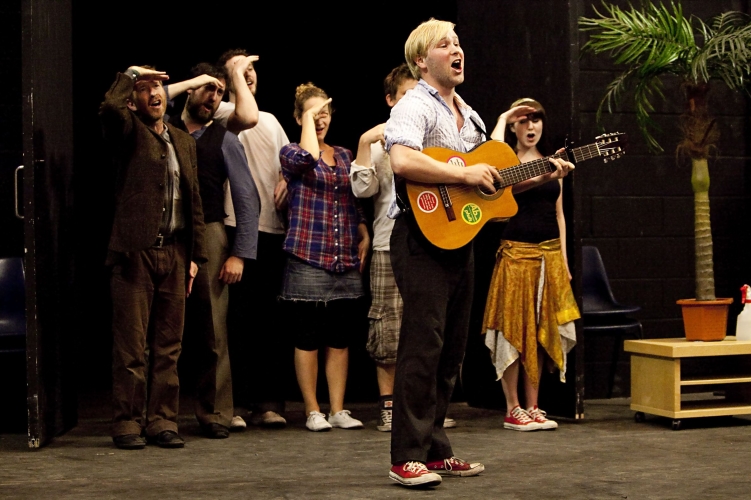 We’re looking forward to the opening of Tangram Theatre Company’s re-imagining of Lope de Vega classic, Fuente Ovejuna, which previews at the CLF Art Café in Peckham on Sunday 16 June.

This quirky production first ran in 2010 and the forward thinking script, which mixes together Lope de Vega’s 15th century story with modern day pop songs, Shakespeare and audience participation, received much critical acclaim. The production has also been nominated for two OffWestEnd Awards.

Written in 1612 and set in 1472, Fuente Ovejuna tells the true story of the villagers’ uprising against its overlord, Fernán Gomez. The Tangram Theatre Company gives the tale a modern spin by inviting the audience to become the villagers of Fuente Ovejuna and help them in their plight.

Every performance features a different live band performing a bespoke soundtrack and, just in case you suffer from pre-stage nerves, the lovely folk at Alhambra have thrown in a bottle of ice cold Alhambra Reserva beer with every ticket!