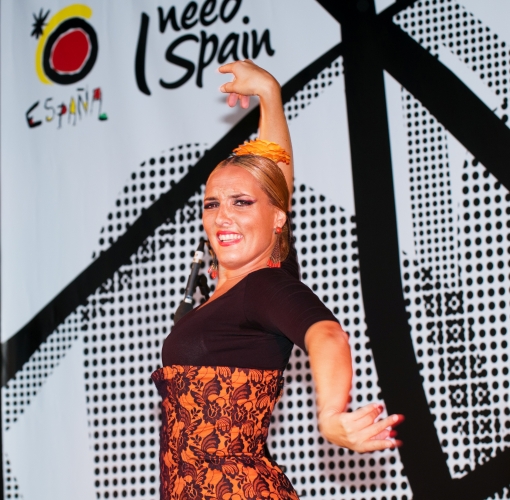 Britain’s leading flamenco club, Peña Flamenca de Londres, is run like a traditional Spanish peña flamenca in the heart of London and offers a unique Spanish experience to anyone interested in flamenco, singing, dancing, guitar and renowned Spanish culture.

The club stages regular live shows at its base in Pimlico, where professional artists present the best flamenco in Britain, and also hosts Members’ Nights, flamenco workshops and popular guitar courses.

The club’s next Gala Night will be on Sunday 27 January and will feature resident dancers Felipe de Algeciras and Carmela Romero, performing with musicians visiting from Spain including José Manuel Leon on guitar, singer Alicia, Maliek Meenge on percussion, and Leo Powell playing the palmas – an essential instrument for keeping the tempo in Flamenco.  Tickets are priced £10 for members, £15 for non-members.

Flamenco performers will be visiting other parts of the UK over the next few months, bringing with them a fresh take on the authentic Spanish music, song and dance.

Jairo Barrull is a Spanish flamenco dancer who comes from a family of legendary Flamenco artists and will be performing his new show ‘Barrull – A Flamenco Legacy’ in Suffolk and Norfolk in February and April.

At just 20 year old, Jero Ferec is one of flamenco’s newest stars and has already collaborated with musicians from the UK, Spain, India, and even Afghanistan and has also played alongside mainstream artists such as Roll Deep, Professor Green, Devlin and Miss Dynamite at The London Roundhouse. The Jero Ferec Flamenco Company will be touring Southampton, Camden in London and Oxford from 10th to 13th April.