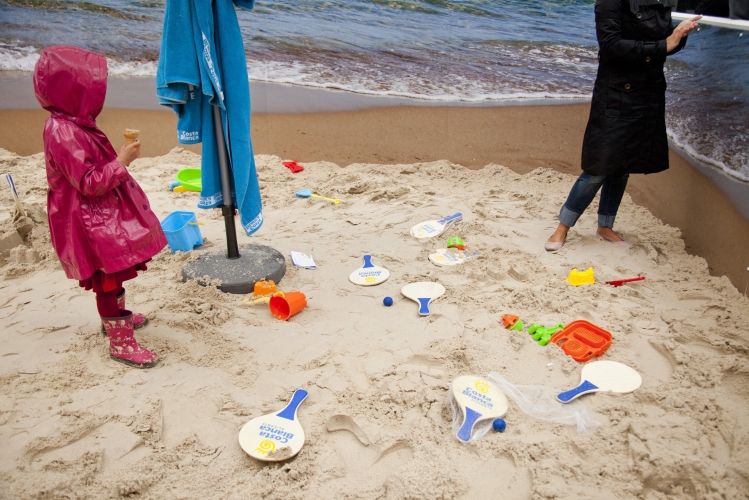 Glasgow may be land-locked, but on Saturday and Sunday 18th-19th May, the city’s residents and visitors enjoyed a pop-up urban beach right in the heart of the city.

Created by the Costa Blanca Tourist Board in collaboration with leisure airline Jet2.com and the Spanish Tourist Office, the weekend of 18th and 19th May saw Glasgow’s Buchanan Street transformed into a summer sanctuary of activity, all themed around the Costa Blanca, located on Spain’s Mediterranean coastline.

Visitors to the urban beach were invited to escape typical daily life and sample the sights, sounds and tastes that best reflect the Costa Blanca with live music, family games and delicious ice creams.

The entrance to the beach was in the form of an airport entrance gateway replicating a Jet2.com check-in desk and transported visitors to the sunny sands of the Costa Blanca. Boarding cards were also issued offering the chance to win a holiday for two with Jet2.com.

“With 2012 being one of the wettest years on record, we wanted to create a summer atmosphere in Glasgow city centre and remind the Scots that the warm beaches of the Costa Blanca are just 2.3h away with Jet2.com”, says Enrique Ruiz de Lera, Director of the Spanish Tourist Office in London.

The free attraction gave Scots a chance to enjoy a day on the beach without dipping into their wallets whilst discovering some of the many attractions of the Costa Blanca.

Jet2 offers flights from just £40 one way including taxes.

A great weekend was had by all, thank you to everyone who paid a visit to the Costa Blanca in Glasgow!