2013 Set to be a record year for tourism in Spain 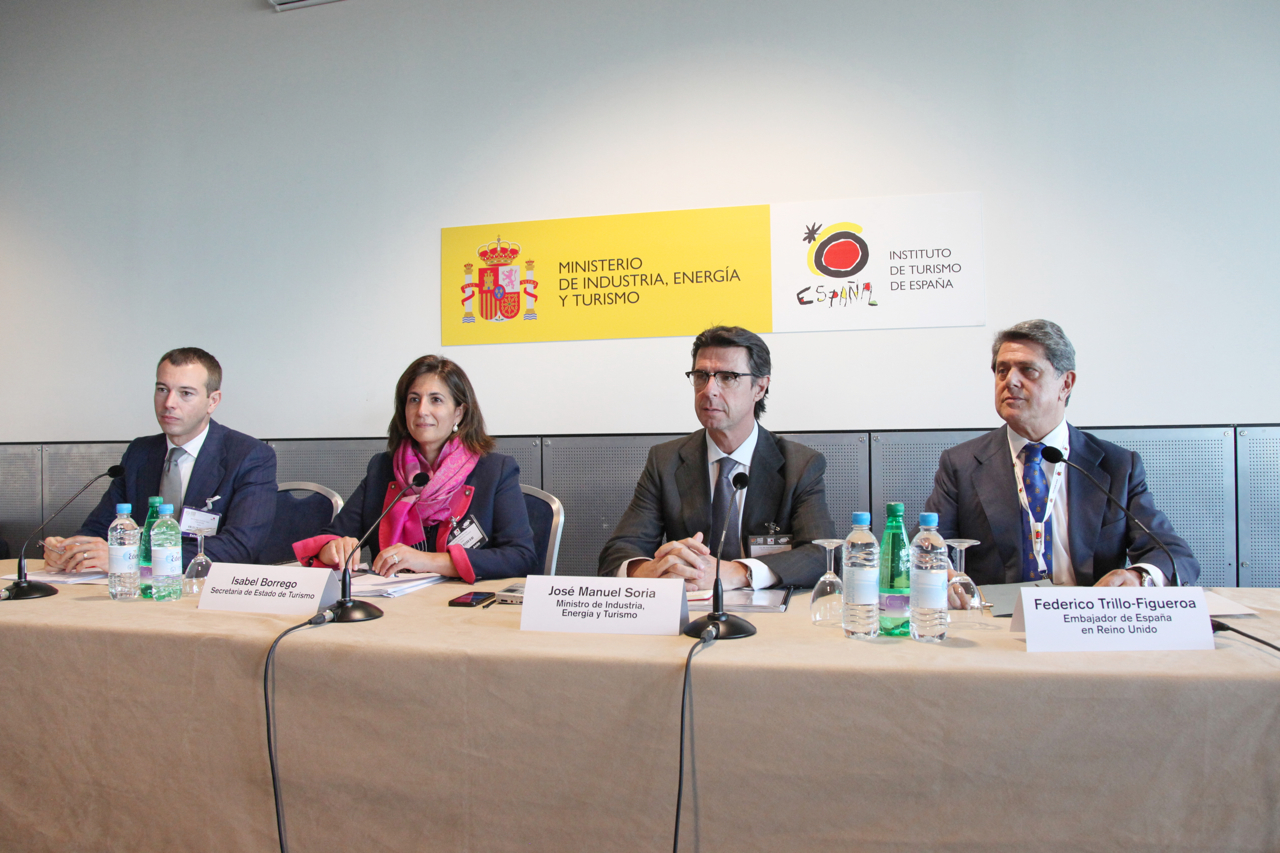 Spain's Minister of Industry, Energy and Tourism, José Manuel Soria, announced at World Travel Market in London that 2013 was set to be a record year for tourism in Spain and provided a full report on this year and 2014.

Spain’s Minister of Industry, Energy and Tourism, José Manuel Soria, announced at World Travel Market in London that 2013 was set to be a record year for tourism in Spain as arrivals from January to September saw a 4.6 per cent increase in the overall number of visitors to Spain.

The UK has again been the main tourism market to Spain, with a total of 11.7 million visitors between January and September. This represents a 24 per cent of total arrivals and it’s anticipated that the UK market will grow by 4.4 per cent year on year by the end of 2013. The positive trend continues through the winter season (October-March) as there is an 11.65 per cent increase in air lift between the UK and Spain, with an extra 720,000 airlines seats.

Spain maintains its market share of the British market – and represents 35 per cent of the leisure market while other competitor countries have seen decreases, as have long haul destinations and cruises.

As usual, for winter most of the UK package holiday bookings are to the Canary Islands with 57.7 per cent of them reflecting the additional air capacity of 423,000 new seats.

Tourism expenditure between January and September 2013 totalled €9,748 million, an increase of 5.6 per cent, and represents the highest percentage of total expenditure from tourists to Spain at 20.7 per cent.

The main factor contributing to the positive growth from the UK to Spain is due to the recovery of British consumer confidence and the improving economic situation of the UK, as opposed to capturing tourists from unstable competitor destinations. Nonetheless, Spain continues to be a safe destination for British holidaymakers.

One of the highlights of British tourism to Spain is the high level of loyalty, which has been maintained over the last few years. Over 85% of British tourists repeat visits to Spain and over 42% have visited more than ten times. Among the main tourism destinations in the world, no other holds a similar loyalty index than the one our country embraces year after year.

The evolution of the Spain’s image allows it to be seen as a beach plus country, meaning that it maintains its traditional draw as a sun and beach destination, but is also known for the huge range of additional activities on offer. According to data provided by a public survey conducted by the Ministry of Industry, Energy and Tourism, through Turespaña, today Spain is regarded as a multiproduct destination, which attracts visitors via sports, culture, gastronomy, shopping and nightlife. Specifically, in the UK market, families are a main target as in general they choose Spain over any other holiday destination.

Forty-two per cent of trips from the UK to Spain begin in London airports. Gatwick is the main airport for the country’s holidays,  Southend, Stansted and Luton are also growing strongly. Birmingham, Liverpool and Belfast have also seen increasing figures.

The first nine months of this year have seen record load factor statistics. While flights to Spain usually record a load factor of 85 per cent, between January and September 86.53 per cent occupancy was recorded, with some destinations, such as Canary Islands, recording load factors as high as 91.09 per cent.

As for the organisation of holidays, over 7.5 million British people, an increase of 6.4 per cent, chose to travel to Spain without buying a package in the first nine month of this year, whilst over 4.1 million tourists travelled with a holiday package, an increase of just 1.1% between January and September.

Soria also reported that the Spanish Government had improved its rates for processing visas.  The Minister of Foreign Affairs has provided staff at existing consulates with greater back up by establishing a global management outsourcing system.

This has resulted in a 22 per cent increase in the number of visas issued in the last year, and a decrease of almost 40 per cent in refusal rates.