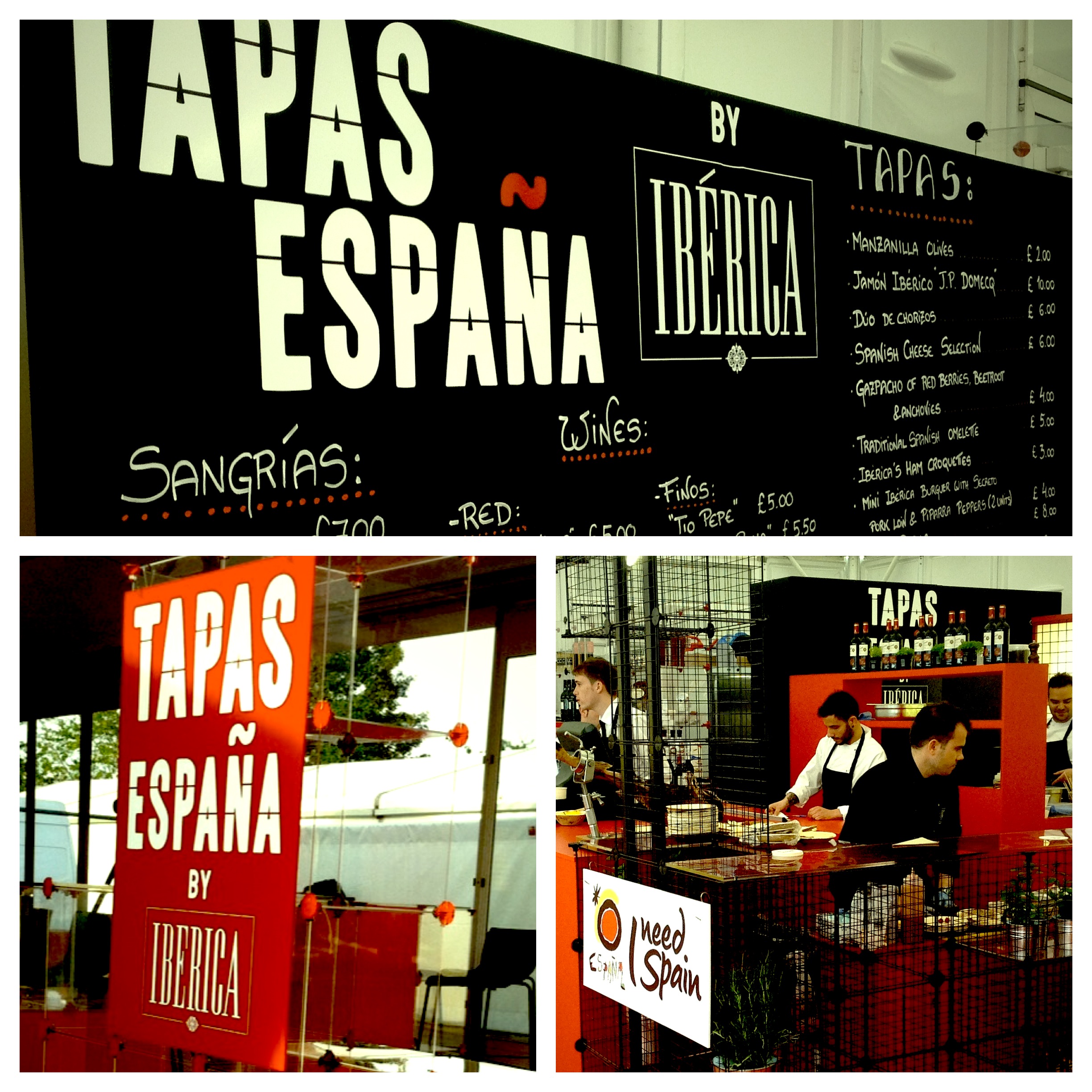 After the phenomenal success of Tapas España by José Pizarro at last year’s Hay Festival, this summer’s edition (Thursday 22 May – Sunday 1 June) will include a new Spanish themed tapas pop-up nestled amongst the books and crowds – hosted by group head chef of Ibérica, César García, and created by the Spanish Tourist Office.

The ten-day pop up will serve up a tasty menu of tapas showcasing the flavours of Spain and developed by London restaurant group, Ibérica, focusing on classic dishes with a contemporary twist. Dishes have been designed to bring a true taste of Spain and in particular, Andalucía, to the Welsh borders with the menu including juicy Manzanilla olives, Ibérica’s famous jamón serrano croquettes, succulent black rice with cuttlefish, prawn and alioli, and refreshing gazpacho of red berries, beetroot and anchovy.

To accompany their tapas, guests can sip a variety of favourite Spanish tipples reining from regions including Andalucía, Valencia, Galicia, Cataluña, La Rioja and the Basque Country. With classic or cava sangria, Tío Pepe sherry, Mahou 5 Estrella bottled beer, crisp white wines and flavoursome reds, Hay Festival revellers will be transported to Mediterranean climes amidst the rural setting and literary line up.

Spain has long been known for its excellent cuisine ranging from its culinary constants such as jamón and olive oil to the pintxos of San Sebastián, the paella of Valencia and the suckling pig of Segovia. The basis of Spanish traditional cuisine is good quality ingredients and simple home cooking, both of which are key elements of Ibérica’s Hay Festival menu.

Enrique Ruiz de Lera, director of the Spanish Tourist office in the UK, says “Building on the success of Tapas España with José Pizarro last year, we are delighted to be returning to the Hay Festival for the 2014 edition with Spanish restaurant group Ibérica. Last year, the pop-up was one of the unexpected star features at Hay so the bar has been set very high for 2014.”

This year’s pop up has been designed by London-based company Binom Arquitects. The unique design is fully recyclable and designed in modular elements featuring aromatic herbs hung from the walls and used throughout the festival in the cooking.

César García, Group Head Chef of Ibérica, works closely with Executive Head Chef Nacho Manzano, who was recently awarded his third Michelin Star for La Salgar, Gijón, the sister restaurant of Casa Marcial in Asturias, for which he has two Michelin stars. Cesar concludes "We're really excited to be at Hay Festival this year and are looking forward to sharing our passion for authentic Spanish cuisine with the crowds in Wales.”