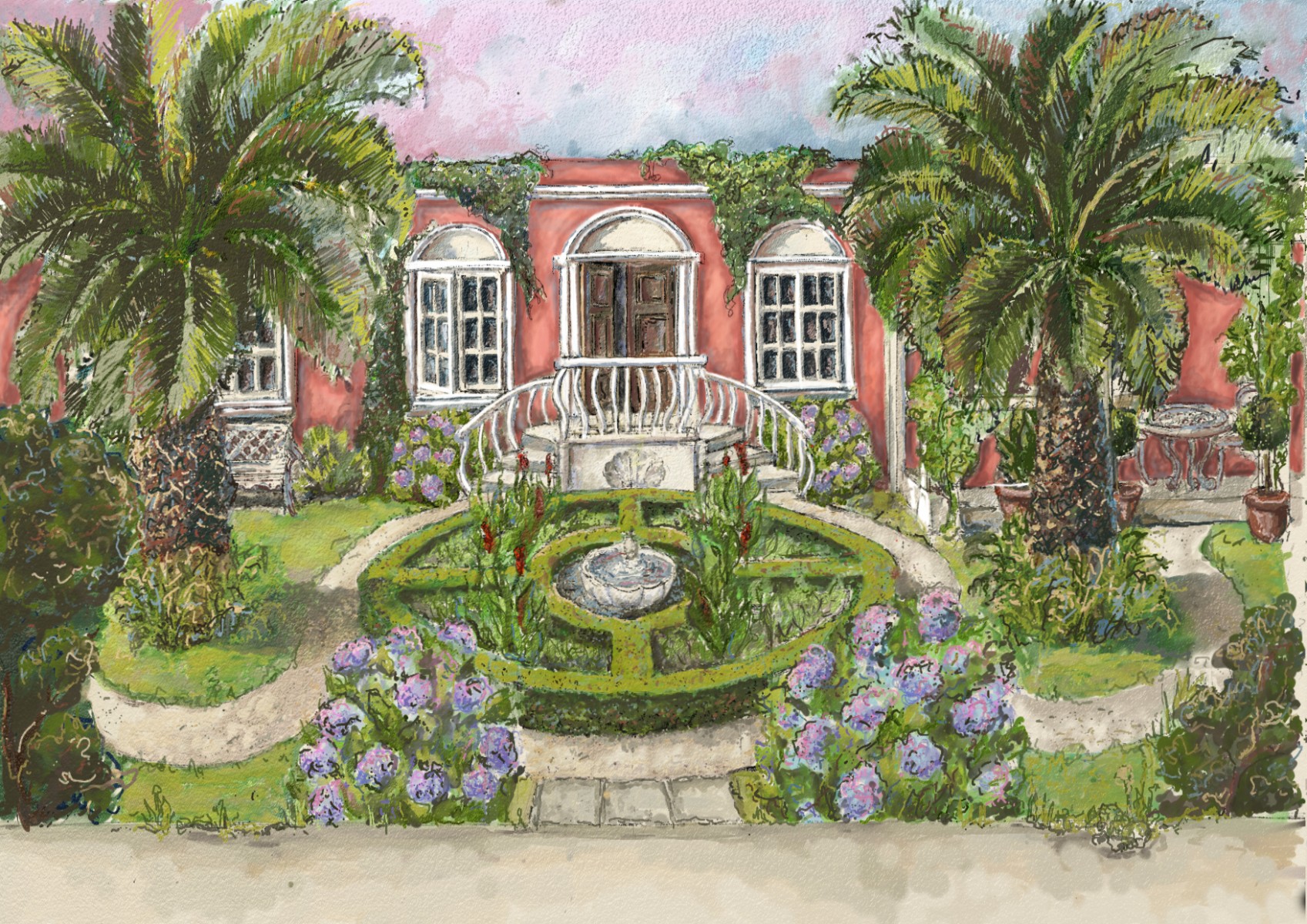 The rags to riches story of 19th century emigrants who travelled abroad to make their fortune and then return home to north west Spain to build lavish mansions and gardens, will be retold in an ambitious show garden at RHS Hampton Court Palace Garden Festival (2-7 July) this summer.

The Dream of the Indianos, designed by Rose McMonigall for the Spanish Tourist Office and Turismo de Galicia, will highlight the history of these ambitious people and their turn-of-the-century gardens which are a lesser known chapter of Spain’s horticultural past.

Ostentatious in style and laid out with new and exotic plant varieties, including shockingly out-of-place palm trees, these gardens were the ultimate status symbol of the ‘Indianos’. Having made their wealth in the West Indies, the philanthropic Indianos built homes heavily influenced by Caribbean colonial and elegant French design, and funded schools, hospitals and libraries, even the first ‘theme park’. Their gardens were a self-celebration of their new found status with recurrent reminders of their exotic life abroad. New materials and post-Industrial Revolution techniques, such as ironwork and concrete, added into the mix to create a major and startling impact on Galician life, with elements still visible today.

Visitors to RHS Hampton Court Palace Garden Festival will be treated to a re-creation of one of these fantastic gardens. The Dream of the Indianos is the imagined front garden of a pink-hued Galician mansion. From an imposing front door, a dramatic double staircase sweeps down to a clipped topiary, double circle parterre, surrounding a white marble water feature. Two signature phoenix palms dominate the space, softened with traditional Galician plants -camellias and blue mophead hydrangeas – as well as luscious canna lilies and yew. Materials, previously never used before in gardens, are celebrated – cast and wrought iron in the luxurious garden furniture, stained glass in the front door, and concrete in the staircase, house rendering and pergola.

Rose McMonigall said: “I was spellbound by the story of these dynamic people who made their dreams come true, returning to their Galician homeland to create their personal, paradise gardens. Quite a few of these gardens have been lost but you can still sense what these once glorious spaces would have felt like as now giant palm trees stud the landscape. The mansions themselves give an enticing glimpse into the once-lavish lifestyles led by the Indianos.”

The RHS Hampton Court Palace Garden Festival garden will evoke the flamboyant style of the Indianos but it will mainly use plants which gardeners can enjoy in the UK, so ideal for show-goers who want an exotic but formal vibe in their own outdoor spaces. Many plants growing in Galicia also thrive happily in sheltered parts of the UK.

Javier Piñanes, director of the Spanish Tourist Office in the UK, said: “We are delighted to bring this unique and eccentric garden design to Hampton Court this year. Los Indianos that returned to Galicia contributed a great deal to the styles and architectural trends that can be found in Galicia today. This garden is a celebration of this heritage.”

This will be the fourth garden Rose McMonigall has designed for the Spanish Tourist Board at RHS Hampton. Last year she created Rías de Galicia: A Garden at the End of the Earth, in 2017 The Pazo’s Secret Garden and in 2016 The Route of the Camellia.

For more information on the region of Galicia, please visit http://www.turismo.gal/inicio

The Spanish Tourist Office is represented by LOTUS, spain@wearelotus.co.uk

The Spanish Tourist Office (@Spain_inUK) and Turismo de Galicia (@Turgalicia) are back at #RHSHamptonCourt to present the story of Los Indianos. Join them and discover the rags-to-riches story of emigrants in 19th century Galicia. #VisitSpain
Newsroom >>