Gaudi’s Bellesguard Tower opens to visitors for the first time 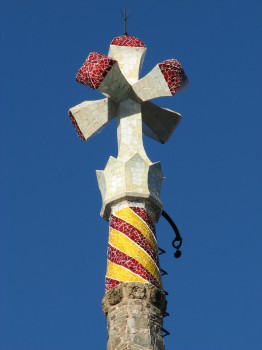 Thought you'd seen all of Gaudí's colourful creations? Think again. The opening of a new attraction is giving tourists a fresh reason to visit Barcelona.

The Guilera family, owners of the Bellesguard Tower for over 70 years, have joined forces with Advanced Leisure Services to open the gates of one of the most unknown and historic works of Antoni Gaudí. This exciting new landmark has just opened to the public and is set to be one of Spain's most exciting tourism developments for 2014.

Designed and built between 1900 and 1909, the Bellesguard Tower is located in Barcelona's Sarrià-Sant Gervasi district, not far from the Cosmocaixa Museum.

Built on the site of an old medieval castle, the design of the building evokes medieval times and resembles a castle from the outside, but Gaudí’s imprint is visible. The height of the building is enhanced by the conical turret, topped by a four-armed cross which is very characteristic of his work, as are the magnificent mosaics and wrought-iron details that adorn the building.