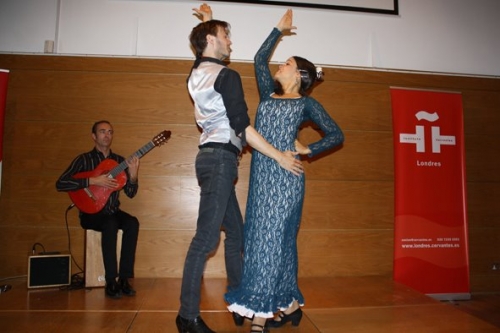 The idea behind El Día E is to bring together Spanish speakers across the world and celebrate this wonderful language and the culture of Spanish speaking destinations. Spanish is the second most spoken language by native speakers across the world, the second language of international communication and the third most commonly used language on the internet, which we think is more than reason enough to celebrate!

This Saturday all the Instituto Cervantes branches in the world will hold open house celebrations with activities for people of all ages, from guided walks, food tastings, lectures and interviews, to live music, theatre and dance performances.

The Instituto Cervantes has UK and Ireland branches in London, Leeds, Manchester and Dublin, and is a non-profit organisation dedicated to promoting Spanish language teaching, as well as Spain’s co-official languages. So get down to your nearest branch this Saturday between midday and 6pm, and get practising!