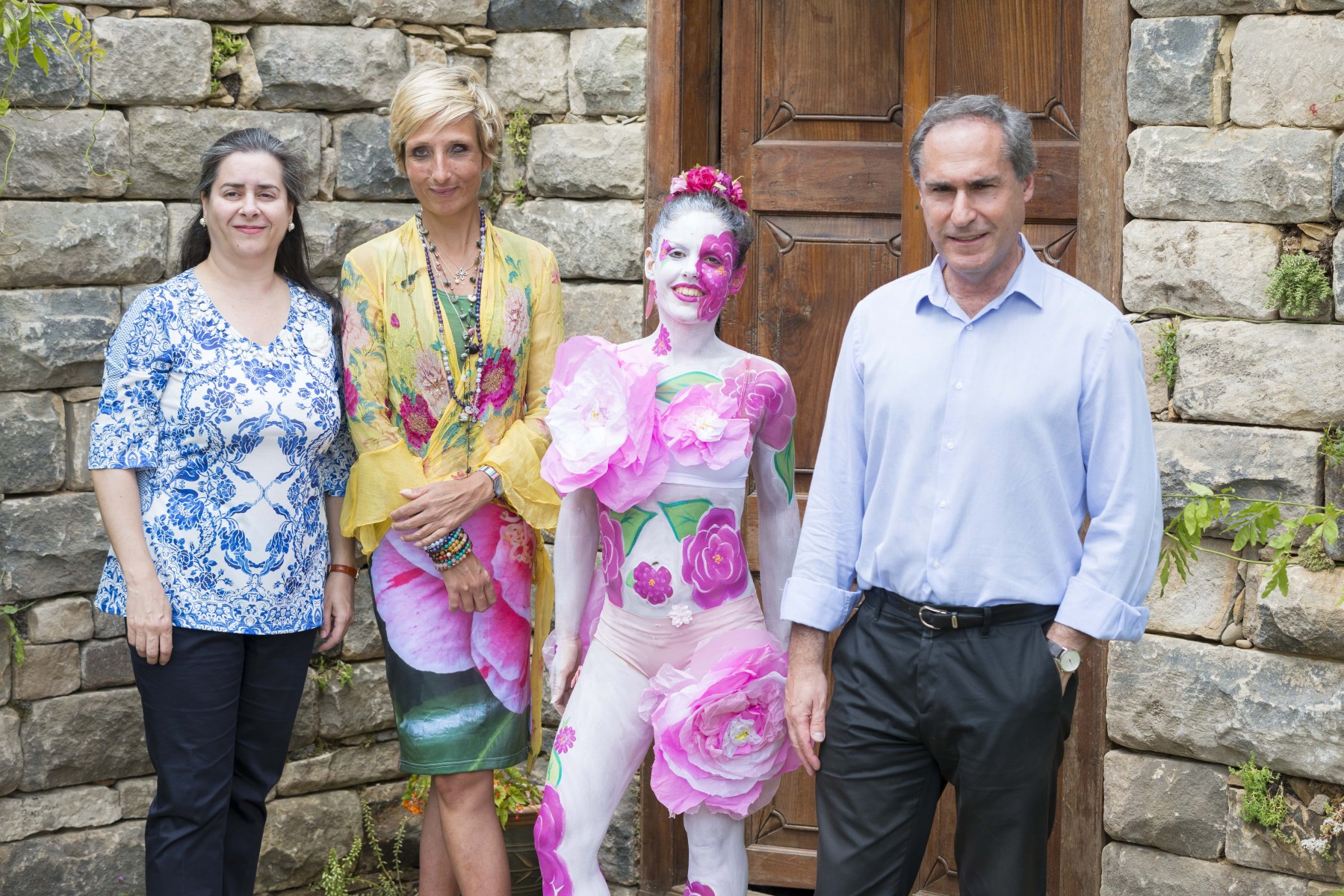 The Spanish Tourist Office and Turismo de Galicia are delighted to have been awarded Silver Gilt for their garden at Hampton Court Palace Flower Show.

This year’s exhibit, ‘The Pazo’s Secret Garden’, celebrates the wonder, mystery and contrasts of the gardens of the historic Galician Pazos; magnificent palaces famous for their exquisite architecture and extensive gardens, where formal design meets the untamed nature of Galicia’s landscapes.

The garden also featured its very own striking human representation of a Camellia flower, in the form of body art. 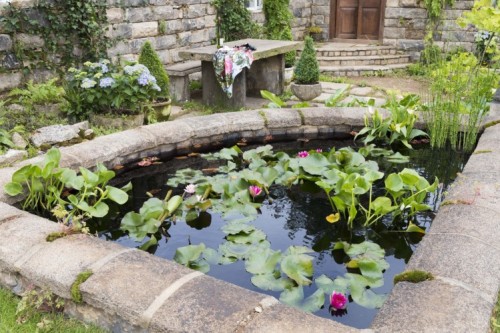 Rose’s romantic design leads visitors on an imaginary journey through the vineyards, ancient camellia avenues and topiary mazes of Galicia’s Pazo gardens, towards a more intimate setting, a secret space, sheltered by the walls of the palace. By the steps up to the mysterious door to the Pazo, visitors will find a water lily-filled pool and a tranquil place to sit at a stone table. A welcome glass of Galician Albariño wine is waiting and a silk scarf, adorned with a camellia flower design, gives a nod to the richly-coloured blossoms you would find here in early spring.

“The garden preserves the formality and ornament of the Pazo garden, but nature too has claimed it, adding a certain untamed, overgrown wildness” said garden designer, Rose McMonigall.

“Vines, pompoms of colour in the form of hydrangeas, exotic arum lilies, and a selection of wild waterside plants soften the design of the garden, which also subtly refers to the larger expansive, working landscape in this beautiful corner of Spain, making the Pazo gardens so unique and fascinating.”

Known as ‘the land of camellias’, Galicia is a renowned destination for lovers of the outdoors and garden enthusiasts. Camellias have become such an integral part of the region that visitors to Galicia can follow a dedicated ‘Camellia Route’; a journey that passes from northern to southern Galicia through 12 manor houses (or Pazos) and gardens where the camellia reigns in all its glory.

Javier Piñanes, Director of the Spanish Tourist Office UK, says: “Covered in lush greenery, with some of Spain’s most idyllic, natural beaches; home to a number of buzzing, charming and characterful cities; one of the top (though lesser known) wine producing regions in Spain, famous for the delicious Albariño white wine; and offering up arguably the best seafood in the country, Galicia is a must-visit destination.

“Rose’s design has successfully captured the mystery, romanticism and intimacy of Galicia’s Pazos, their surrounds, and of Galicia as a whole, using both plant-based and architectural references. We hope visitors to the show will be inspired by her perceptive interpretation of the magic of Galicia’s Palaces and her encapsulation of the region’s appeal more widely.”

For more information on Galicia or other regions of Spain visit http://www.turismo.gal or http://www.spain.info respectively