The Spanish Tourist Office speaks to Miguel Marin, Director of the Flamenco Festival about what to expect from the 10 year anniversary flamenco programme 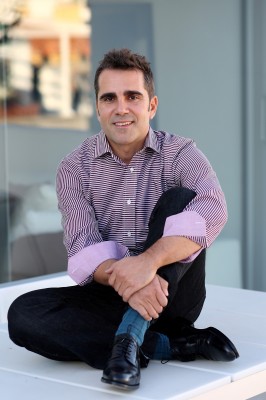 From 15th March, Flamenco Festival will be celebrating the 10 year anniversary at Sadlers Wells featuring a spectacular 10 day programme of the very best dancers and musicians that flamenco has to offer.

In the lead up to the festival, an 80 person-strong flamenco flash mob took to St Pancras International last Friday treating passers-by to an impromptu flamenco routine.

Ahead of the festival, the Spanish Tourist Office speaks to Miguel Marin, Director of the Flamenco Festival about what to expect from the 10 year anniversary flamenco programme.

1) This year, Sadler’s Wells celebrates 10 years of the Flamenco Festival, what is in store?

This is a very special year for the Flamenco Festival; it will open with Eva Yerbabuena, famed for her speed, power and dramatic footwork.  Male dancer Farruquito follows, hailed by the New York Times as “one of the greatest flamenco dancers of the century’”,  showing the purest view of flamenco with a fabulous guest artist, Karime Amaya (nephew of Carmen Amaya).

The show also sees the international premiere of the new album by Spanish flamenco singer Estrella Morente, praised by critics since the launch of her debut album in 2011.

Exceptional modern flamenco artist Rocio Molina will present her new show bringing a sharp and dynamic flair to the festival, whilst Multiple Latin Grammy-winner and world-renowned flamenco guitarist Tomatito returns to Sadler’s Wells following his sell-out success at the Flamenco Festival in 2011.

It’s worth mentioning that these performances are just on the main stage at Sadler´s Wells, we also have set up a range of other activities, such as the new series Beyond Flamenco where for example Rocio Molina and Olga Pericet will showcase their works with different British artists.

2) Who are the key people to look out for?

3) What is the most popular form of flamenco?

The most famous form of flamenco is Bulerias, the dance in its general form, but for some time now, flamenco has grown to incorporate singing and the guitar. Flamenco is a world language although it doesn’t need to be understand, it is more about feelings.

4) Where would you recommend watching flamenco in Spain and why?

It depends again of what you are looking for. There are some very good “tablaos” where you can see very good dancers for example “corral de la moreria” in Madrid. For a more professional format, do not look at specific places, look for the names of the artists (such as those who are performing at Flamenco Festival).

5) Finally, what is your favourite place in Spain and why?

For me my favourite place in Spain is Seville, there are many fantastic places to visit there, such as; Teatro de la Maestranza for Flamenco Shows, Plaza Doña Elvira, Teatro Central, Barrio de Santa Cruz, Calle Betis and Edificio Tabacalera.