THE VINEYARDS OF GALICIA - A WINE TOUR

The vines and wines are part of the historic, cultural and geographical identity of Galicia, Spain’s most north-easterly region. The interior of Galicia is a labyrinth of lush valleys and hills whilst the coastline is strung with rugged cliffs looking out to the Atlantic Ocean, bringing mild temperatures and ample rainfall, ideal for grape production.

Organised around the five designations of origin; Rías Baixas, Ribeiro, Ribeira Sacra, Valdeorras and Monterrei, each of Galicia’s wine routes offers a rich wine heritage, varied landscapes and many cultural and historical points of interest. 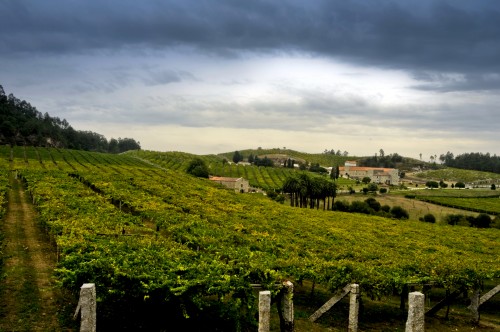 Tradition says that wine cultivation in Rías Baixas stems from the monks of the Cistercian monastery of Armenteira (Meis). Science reveals however that viticulture already existed long before the monks arrived. Nowadays the Rías Baixas has the greatest Galician Designation of Origin, not only due to the number of wineries but also thanks to the sheer size of the vineyards, which stretch across 33 municipalities of the western half of Galicia.

The Designation of Origin Rías Baixas is formed by 5 sub-areas; O Rosal, Condado de Tea, Soutomaior, Val do Salnés and Ribeira de Ulla, forming part of a discontinuous territory that stretches from the southern tip of Pontevedra up the eastern Atlantic coastline to the southern part of the A Coruña province. Each wine territory offers a rich wine heritage giving the wines an excellent quality but also brings a distinct personality reflected by varied landscapes and artistic and historical references such as the pretty coastal town of Cambados which hosts the annual wine festival or the Armenteira monastery.

The wines of the D.O. Rías Baixas are characterised by the native grapes, mainly white, with the variety monopolising approximately 95% of the production. Other white grape varieties include Loureira, Marqués, white Caiño and Treixadura. Red wines include Caiño, Espadeiro, Loureiro and Sousón.
www.rutadelvinoriasbaixas.com

O Ribeiro is situated in the most western part of the province of Ourense, in the confluence of the Miño, Avia, Arnoia and Barbantiño River valleys. Since the Middle Ages, O Ribeiro has been linked to wine farming and is said to be the principal wine-producing reference of the Christian kingdoms from 9th century until 17th century. The area is considered to be one of the most representative of Galician architecture, and boasts a beautifully preserved artistic heritage.

The Designation of Origin O Ribeiro has an extension of approximately 6,67 acres of vineyards located in the municipalities of Ribadavia, A Arnoia, Castrelo de Miño, Carballeda de Avia, Leiro, Cenlle, Beade, Punxín and Cortegada, and in part of Boborás, San Amaro, Toén, Carballiño and Ourense. The vineyard extends from 75 to 400 metres in altitude with deep valleys and terraces following the landscape’s contour.

White grapes are predominantly farmed such as Treixadura, Loureira, Torrentés, Albariño, Albilla, Godello as well as foreign grapes such as Macabeo and Palomino. The most popular red is Caiño, complemented by Ferrón, Sousón, Brancellao, Mencía, Garnacha and Tempranillo. The white wine of O Ribeiro is known to be clean and transparent with a subtle smell and exquisite fragrance of flowers and fruits. The reds are alive, with a cherry red jewel tone, intense on the nose and broad and expressive in the mouth.
www.rutadelvinoribeiro.com

The Ribeira Sacra is formed by a group of 20 municipalities belonging to the southern part of the province of Lugo and the northern part of Ourense brought together by the Miño, Sil and Cabe Rivers.

Representing 5, 2 % of the wine production in Galicia, Ribeira Sacra maintains a strong essence of Galicia and is linked to Saint James’ Way, the internationally known Camino Francés (French Way) (through the subzone Ribeiras de Miño, in the Lugo municipalities of Paradela and Portomarín), and that of the so called Camino de Invierno (Winter Way), where the subzones of Quiroga, Amandi and Chantada are located.

The preferential varieties of white grapes are Albariño, Treixadura, Doña Blanca, Godello, Loureira and Torrontés. Among the red grapes, which are the majority, the most favourable are Mencía, Brancellao and Merezao with some production of Garnacha, Mouratón or Negreda.

The white wines are fruity with a fine touch of acidity, a slight aftertaste and a delicate presence on the palate. The reds stand out for their clean, elegant and intense fragrances and their brilliant cherry colour and purple trim.
www.ribeirasacra.org

Valdeorras is the most Eastern region of the province of Ourense, bordering with León. The wealth of natural resources and fertile soils has attracted settlers throughout the ages and the region offers abundant remains from the megalithic era.

The arrival of the Romans drastically changed the valley, shifting communities to the plains and constructing one of the most important roads of the Iberian Peninsula, the “Vía XVIII” or “Vía Nova” [later used as Camino Real or Camino de Invierno (Winter Way) on the Saint James Way].

The D.O Valdeorras has a significant Roman imperial legacy including the tunnel at Montefurado, excavated in order to divert the river’s course to enable the extraction of gold that the river dragged along. Today the tunnel can be seen from the N-120 road, sitting a few metres above.

This D.O. Valdeorras is characterised for traditional methods of wine production, including ageing in caves excavated in clay. Many of these ancient wineries have been preserved for centuries in their original state displaying singular chimneys, known as refugallo (waste, residue) which have become a curious element in the Valdeorras’ landscape.

The preferential variety of white is Godello, accompanied Doña Blanca which they call Moza Fresca (fresh dame). For reds, the main grapes are Mencía and Merenzao which are accompanied by Sousón, Albarello, Garnacha Tintorera and Gran Negro. The Godello variety offers an intense fruity and floral fragrance, very well structured in the mouth. The red Mencía produces wines that are scarlet in colour, with elegant wild fruit aromas and soft corpulence.
www.dovaldeorras.tv

The D.O. Monterrei is located in the southeast part of the province of Ourense, bordering the Portuguese frontier. The strength of Monterrei is the rich architectural heritage, twinned with the lush patchwork landscapes.
One of Monterrei’s most emblematic monuments is the outstanding XII century Condes de Monterrei castle situated in a high part of Valle, near the city of Verín. Built by Alfonso Henríquez, the castle played an important role throughout the Portuguese-Spanish wars, having been strategically built close to the border.

Verίn is also famous for its ‘Entroido’ (Galician carnival) which takes place in February featuring the “Cigarróns”, or masked figures typical of the Valley of Monterrei and seen by ethnographer Taboada Chivite as a mockery of the tax collectors sent out by the Counts who lived in the castle and ruled over the area.

The fertile soils, humid climate, high vine density and the yield of the local grape varieties means that wine production is high and of excellent quality. White grape varieties are dominant, especially Doña Blanca, Treixadura, Verdello and Godello. Of the smaller proportion of red grapes, the most common is Arauxa (the local name for Tempranillo).

The Vineyards of Galicia – A wine tour @Turgalicia @Spain_inUK #Spain