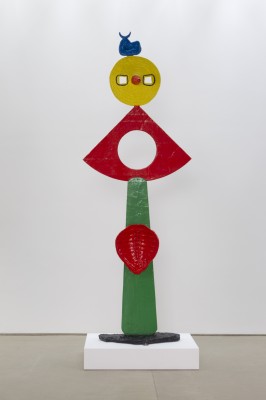 Known as one of Europe’s most important 20th Century artists, Miro said: ‘Sculpture must stand in the open air, in the middle of nature’. And his work has been displayed in Yorkshire in accordance with this comment.

In collaboration with the artist’s foundations and family, the exhibition concentrates on sculptures created in the second half of his life.

The park’s purpose-built Underground Gallery will host Miró’s ‘phantasmagoric world of living monsters’, tracing the evolution of Miro’s sculptures from 1946 through to 1982.

YSP is the UK’s leading outdoor art gallery, within 500 acres of historic parkland and this is the first major UK exhibition of sculpture by the Spanish artist.

Miro came to consider his sculptures as important as his paintings – although they were never as famous. He even said ‘For me, sculpting is a way of murdering painting.’

Admission to YSP is free, but there is a charge for car parking.