Barcelona FC has announced an exciting proposal to expand the Nou Camp stadium, taking it from its current capacity of 98,000 to 105,000. The plans involve essentially building a new stadium over the existing structure as opposed to starting from scratch, including a steeper first tier for improved viewing.

The Nou Camp already has the largest capacity in Europe, but a vote will take place in April to decide whether or not to approve the proposal to build on the existing stadium. Plans to expand and improve it include a new roof that will cover all seats, a new indoor basketball arena, making the lower tier steeper to give spectators better views of the action and adding ‘super boxes’ for VIP guests. There will also be a larger variety of restaurants around the pitch, with new corridors and walkways giving visitors better access. The proposed changes will cost an estimated £495m (€600m).

The stadium in Catalonia has been home to Futbol Club Barcelona since it opened in 1957 under the presidency of Francesc Miró-Sans, and is an icon in Barcelona. The proposed changes will mean that the Nou Camp boasts 15,000 more seats than Wembley stadium and nearly 20,000 more than Real Madrid's Bernabeu stadium. It is estimated that if the new proposal is approved then work on the stadium would begin in 2017 with an estimated completion date of 2021. 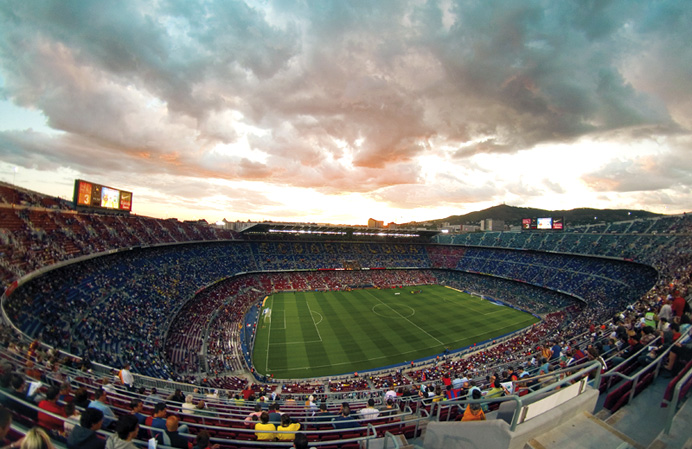