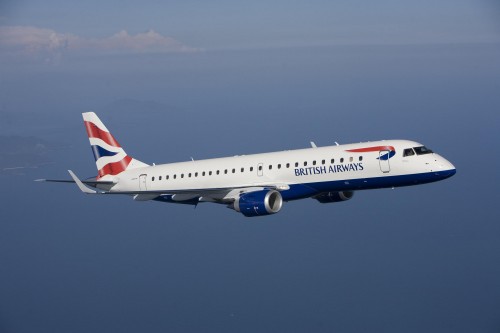 British Airways is to start flights to Granada from London City Airport and will be the only UK airline operating to one of the most historic parts of Spain.

The year-round service will launch on July 25, just before the start of the busy summer season, with all inclusive one-way fares on sale today (March 19) from £85 on www.ba.com.

Flights will operate on a 98-seat Embraer 190 jet four days a week with an additional flight during the summer.

The Granada region is one of the most important areas of great historical interest and is home to the famous Alhambra Palace, the most visited monument in Spain.

Situated at the foot of the Sierra Nevada mountain range, Granada is an excellent year-round leisure destination.  It is very close to the Sierra Nevada Ski Station where the 1996 World Alpine Ski Championships were held, and is just an hour from the Mediterranean coast.

“This is an excellent opportunity for us to add to our schedule of leisure destinations from London City. We chose Granada because that region has a wealth of cultural and historic interest yet people currently can’t fly there direct from the UK.”

Luke Hayhoe
„
Add me on LinkedIn (opens in new window)
Comments 1 - 6 (6)
Thank you for your message. It will be posted after approval.
Lyn Cox
Brilliant!!!! At last!!! Well done BA! Granada needs you! Lyn Cox
eddy
yes good news it is about timeit will do well i hope.
Elaine Hopper
Thats fantastic news. Can't wait!
carol smith
At last waited a long time to hear this good news, hope in time it may go from manchester.carol
Lesley Nuttall
Fantastic news, long overdue but very, very welcome.
Jeremy
Great news an excellent way to have a long w.e. away walking in the Alpujarra www.walkalpujarra.com