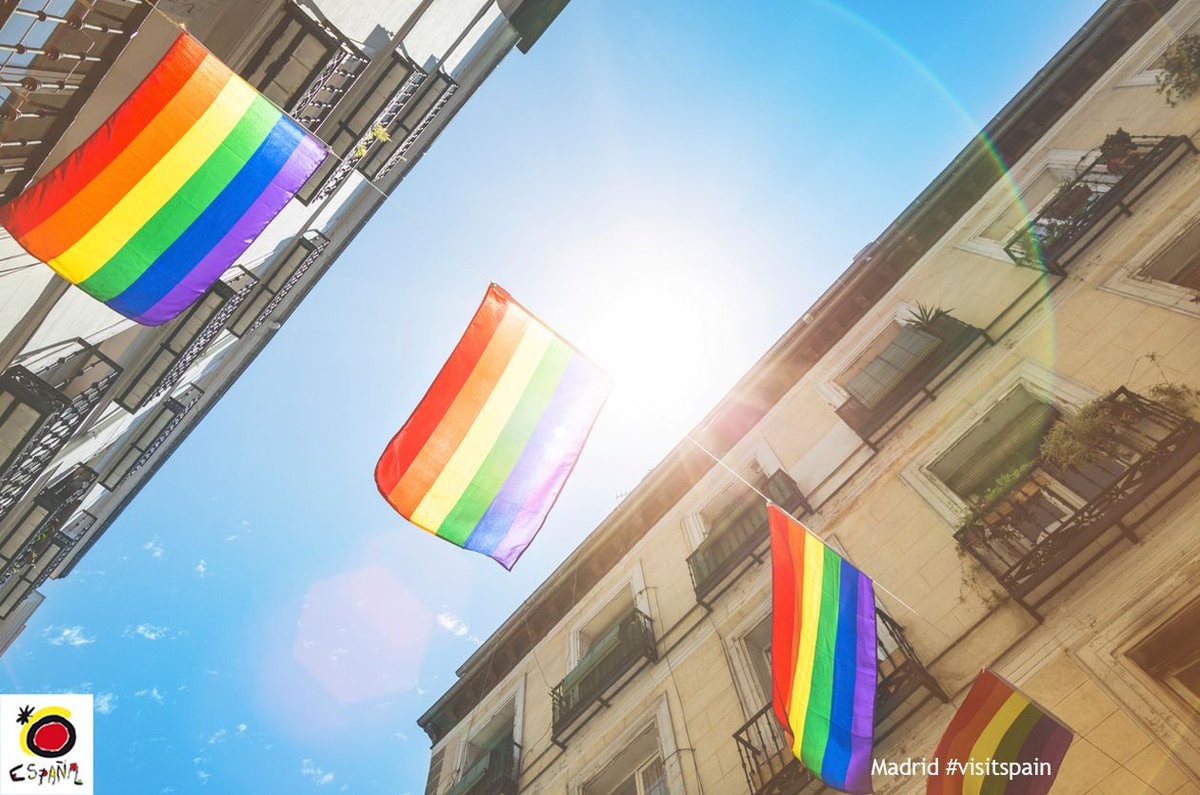 Spain’s capital is hosting this year’s World Pride 2017 festival as it celebrates the 40th anniversary of the first Madrid Pride parade in 1977.

Running from the 23rd June to 2nd July, the city will be buzzing with a variety of events celebrating freedom, diversity and equality.

World Pride will culminate on Saturday 1st July with the Pride Parade in Madrid. Historically one of the largest Pride celebrations in the world and with over 3 million people expected to attend this year, Madrid will showcase 40 spectacular floats in the name of embracing the LGBTIQ community. In true Spanish carnival fashion, the event will welcome anyone and everyone to join in the party!

Throughout World Pride 2017, there will be exciting sporting events, including the 1st Official Race of the World Pride, the World’s Women Football tournament and the Pride Games, so make your way down and cheer on your favourite teams.

Also filling the Madrid streets will be three cultural festivals showcasing the best in theatre, dance and music; La Culta, la Oculta and Muestra-T. Expect some of the most vivacious performances you’ve ever experienced…

This year, a specially designated ‘WorldPride Park’ area will hold events, interactive shows and food stalls. Based at Puente del Rey, this space will also host an International Human Rights Conference, from 26th-28th June, with leading LGBT speakers talking about their experiences and the future of change.

With one of the world ́s most advance legislations in regards to equal rights for the LGTB community and the third country in the world to legalise homosexual marriage a whole twelve years ago, Spain leads the way when it comes to recognising LGBT rights.

As a melting pot for all nationalities and cultures, bridging Latin America, Europe, North Africa and the Mediterranean, Spain is the perfect place to celebrate equality and freedom.

World Pride 2017 is set to be the biggest and most vibrant festival in Europe this summer! You can volunteer, join the parade, or enjoy the shows and spectacles. Make sure it’s in your diary so you don’t miss out.

To find out more, head to: http://worldpridemadrid2017.com/en/