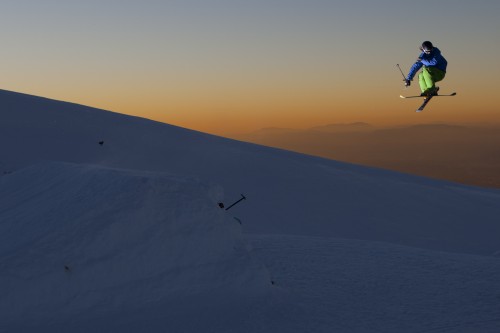 Snow parks have become increasingly popular with both skiers and snowboarders in recent years, allowing freestylers to practise jumps and tricks.

The record-breaking halfpipe is six metres high and a phenomenal 165 metres long.

The ski season officially started in the Sierra Nevada on December 1 with events taking place during the season including the 2013 Freestyle and Snowboard World Cup Superfinals from March 18 to 26.

Comments 1 - 1 (1)
Thank you for your message. It will be posted after approval.
Andy
Kuhtai's super pipe was bigger in austria last year in the k park