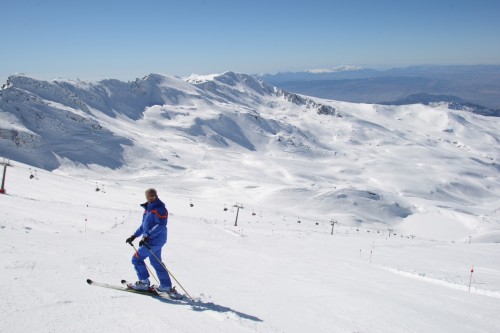 Brits will have an even wider choice of ski destinations this winter following the announcement that Hispania Airways is launching a direct flight from London Gatwick to Granada, which is just 40 minutes from Sierra Nevada, Europe’s most southerly ski resort.

The new Hispania Airways (www.hispania-airways.com) route will fly twice weekly from London Gatwick to Granada on Mondays and Fridays with the inaugural flight on 7 December. The airline will allow 20 kilograms of luggage and ski equipment free of charge.

The flight has launched in response to high demand from the UK market for ski holidays in Andalucia, with statistics showing that 61.6% of foreign skiers in Sierra Nevada in 2011 were from the UK. The resort’s popularity follows a three year regeneration project. The resort now has over 100 kilometres of pistes, one of the largest terrain parks in southern Europe with a  new half pipe, improved access to ski lifts and a family and beginners ski area.