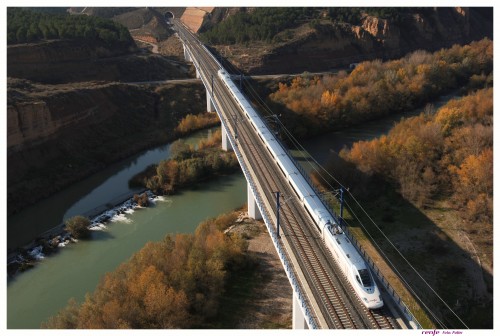 Spain’s national rail operator Renfe has dropped its ticket prices for AVE long distance rail journeys by 11% in a bid to increase occupancy and make the AVE rail network more accessible to travellers.

The 11% price drop took effect yesterday Friday 8th February, attracting a surge of traffic to the booking site.  In the first few hours, in excess of 33,000 tickets were purchased, representing a 56% increase compared to the same period for the previous day and web visits doubled compared to the previous Friday.

In line with the price drop, Renfe also announced a new system of discounted pre-purchase seats for AVE rail journeys which together with planned promotions throughout the year will result in possible discounts of up to 70%.

Further initiatives include the planned introduction of a young person’s rail card, scheduled to launch on 1st March offering rail card holders 30% discounts on AVE journeys. This will be followed by a multi-purchase initiative, allowing passengers to piece together certain sections of the AVE network, with discounts of 20% for each journey.

In the first 11 months of 2012, Renfe carried 20.63 million travellers on its long distance AVE services according to data from the Ministry of Development (Ministerio del Fomento), representing a fall of 1.8% compared to  the previous year.