Vías Verdes are old disused railway lines that have been recovered and reconditioned for use by walkers and cyclists. They provide an environmentally friendly way of travelling through Spain to discover its culture and landscapes, connecting cities to the local countryside. There are over 117 routes with over 2,900 kilometres of Vía Verde all over Spain and, in 2022, five new routes were opened in Ciudad Real, Gipuzkoa in the Basque Country, La Coruña, Murcia and Tarragona.

The expansion of these Greenway networks aims to provide a way to discover Spain's region at a slower pace whilst keeping active on foot or by bike. Thanks to their accessibility, easiness and safety, with almost no slopes and far from motor traffic, they are especially attractive for any person who wants to discover the natural environment and the cultural heritage of the towns and territories they cross. There is an accessible guide available that provides detailed information and maps that show which routes are suitable for those with reduced mobility.

A new Vía Verde, La Costera Sur Greenway, has opened in the region of Murcia.  La Costera Sur Greenway, that has been disused since 2008, is 8.5km long and follows the abandoned section of the old Madrid-Cartagena line. The route begins at the outskirts of the city, near Huerta de San Benito and passes through the districts of Los Garres, San José de la Vega, Beniaján, Torreagüera and Los Ramos, travelling between the Dolores and Alquerías neighbourhoods, east of the City of Murcia.  Along the route, travellers will wind their way through fields of orchards and olive groves, enjoying mountain views, and also have the opportunity to discover the culture and gastronomy of the urban areas. 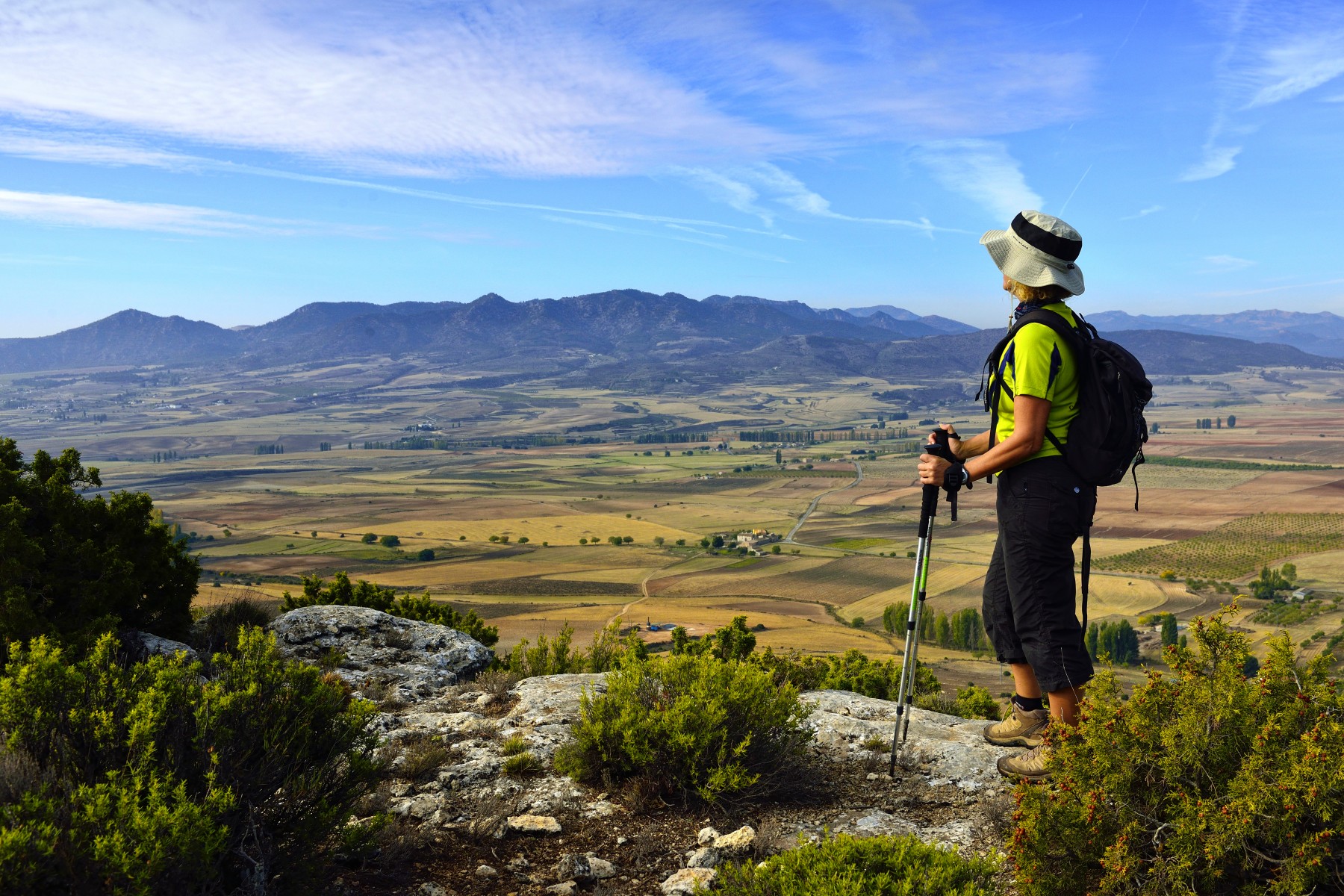 The Trenillo de la Calzá Greenway, in Castilla La Mancha, has been renovated and opened by the Argamasilla de Calatrava Town Hall. Its path winds through holm oaks, fields of almond and olive trees along  the narrow-gauge railway that once linked Valdepeñas with Puertollano. The upper part of the trail passes settlements from the bronze age and the Sala de los Moros (Iberian burial mound) and the lower navigates Roman settlements and past the Sanctuary of Our Lady of Hope chapel.

The Añorga-Errekalde-Lasarte Greenway, located in the Basque Country, was renovated by the Provincial Council of Gipuzkoa. The Urgull and Igeldo mountains are the backdrop of the trail and it follows the Oria river valley to La Concha, Ondarreta and Zurriola beaches. It allows visitors easy access to the old town of Donostia-San Sebastián, San Salvador church, the comb of the Wind sculptures, San Telmo museum and Tabakalera (the International Centre for Contemporary Culture) among many other points of interest.

More than 26 km of the old Santiago-A Coruña railway line has been recovered to form the Compostela-Tambre-Lengüelle Greenway. It is a fantastic route to explore by bike or on foot in A Coruña. The Oroso - Cerceda section of this Greenway has been renovated by the Oroso, Ordes, Tordoia and Cerceda city councils as well as the A Coruña Provincial Council. The trail passes by many cultural points of interest such as the churches of San Miguel de Gándara in Oroso and Roman site of the castro de Casanova.

Finally, the Delta de l´Ebre Greenway, located in Tarragona, Cataluña was opened by the City Council of l´Aldea. It visits sites such as the Coetera de Ravanals, a site of Cultural Interest, the Hermitage Tower, Candela Tower, Burjassénia Tower and Vinaixarop Tower.

For more information on Spain as a tourism destination, please visit www.spain.info

If you’d like to be featured, please share you articles with Spain@wearelotus.co.uk using the header ‘feature suggestion for Spain’s Newsroom’.